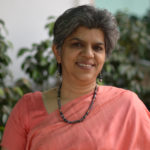 Kalpana heads the organisation and is involved in designing projects and creating partnerships, both government and civil society. She also represents the organisation at many international forums. She writes regularly and has a weekly column in Hindustan Times on urban issues. She has worked on issues of gender and urbanisation for over 20 years with several organisations including UN Women, UN-Habitat, and Jagori among others, has led large global projects and provided technical support on women’s safety to several cities. She is a member of the Advisory Group on Gender Issues at UN-Habitat, Chairperson of Jagori, and a Board member of the International Centre for the Prevention of Crime. She was part of the committee that prepared a report on Women’s Safety in Delhi for the city government.

Ashish provides technology and operations direction to Safetipin. He is an alumni of IIT Mumbai and IIM Bangalore. He is an advocate and student of using technology to disrupt markets, and has more than 30 years of experience. After a long stint at NIIT as President, he has founded and led several edtech startups. 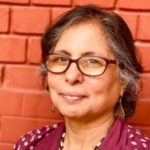 Suneeta is a Gender and Development professional with expertise on advancing women’s rights and safety. For the last four decades she worked with a range of civil society and international organizations including for the United Nations Development Fund for Women (UNIFEM), at the Delhi and New York Offices. She has been in key leadership positions, including as former Director of Jagori and Manager of the UN Trust Fund to End Violence Against Women.  She is a Co-Founder and former Board member of Women’s Fund Asia, and currently a Co-Founder and Chair of the South Asia Women Foundation India.

Her special competencies lie in co-designing strategic multi-stakeholder frameworks, partnerships and programs that support engendering of rural women’s livelihoods, ending violence against women, and building safer spaces for diverse women/girls. Besides supporting on-ground implementation, she amplifies the voices of women in their full diversity across marginalized communities. As a feminist trainer, she has co-led capacity building initiatives for policy makers, government functionaries, civil society and grassroots practitioners. She continues to be engaged in knowledge building through participatory feminist research and evaluation studies.

She has served on Expert Committees of the National Commission for Women, and the Hon’ble Supreme Court’s Committee on Widow’s Rehabilitation. She is a member of the NHRC’s Core Group on Rights of Women. As a policy advocate she is member of the Civil Society Advisory Group of UN Women (India office), and member of the Leadership Group of UN Women’s Generation Equality Action Coalition on Gender Based Violence, co-representing the Global Coalition on Gender Inclusive and Safe Spaces for women/girls. She is a core group member of the Sangat Feminist Network and the Feminist Policy Collective.

Suneeta has a Master’s degree in Social Work from the Tata Institute of Social Sciences, Mumbai. She has been a recipient of the Fulbright and Advocacy Institute Fellowships for Development Practitioners. She has authored articles, papers for national and international publications, and training manuals on Women’s Empowerment and Governance, Access to Basic Services, Gender and SDGs and the New Urban Agenda. In 2021, Suneeta was among those recognized in the list by Apolitical’s 100 Most Influential People in Gender Policy. 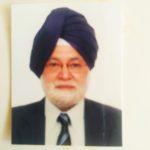 Ravinder Singh graduated in engineering from the Indian Institute of Technology (IIT), Delhi. Over a career spanning 50 years he has worked in both public and private sector organisations in India in the areas of Financial Services, Manufacturing and Consulting. Since 2006 he has been working as an independent consultant.

Since 2018 he has been working with the USAID Climate Ready project in the Pacific region.

He has also worked as a consultant with the United Nations Environment, Asia Pacific Region, Bangkok and the Global Green Growth Institute (GGGI).

From November 2014 to April, 2016 had an assignment as a Fiduciary Expert Consultant with the Green Climate Fund (GCF).

From January 2010 to June 2015 Singh worked as a consultant with the World Bank as one of the expert members of the Accreditation Panel of the Adaptation Fund.

From 2004 to 2019 Singh was the head of the Accreditation Committee of the National Accreditation Board for Certification Bodies (NABCB) of the Quality Council of India. He earlier served as a member of the governing board of NABCB for 4 years

From 1994 to 2006 Singh worked with IQL, a consulting company providing services to corporates in India in the areas of Quality Management and Business Process Management.

Earlier, starting as a Management Trainee, Ravinder Singh worked with State Bank of India for over 15 years in the areas of Credit, Branch Operations and Human Resources.

Ravinder Singh is a keen and regular bridge player.