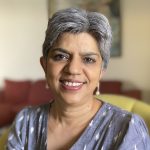 Kalpana heads the organisation and is involved in designing projects and creating partnerships, both government and civil society. She also represents the organisation at many international forums. She writes regularly and has a weekly column in Hindustan Times on urban issues. She has worked on issues of gender and urbanisation for over 20 years with several organisations including UN Women, UN Habitat and Jagori among others, has led large global projects and provided technical support on women’s safety to several cities.  She is a member of the Advisory Group on Gender Issues at UN Habitat, Chairperson of Jagori and a Board member of the International Centre for the Prevention of Crime. She was part of the committee that prepared a report on Women’s Safety in Delhi for the city government.

Ashish provides technology and operations direction to Safetipin. He is an alumni of IIT Mumbai and IIM Bangalore. He is an advocate and student of using technology to disrupt markets, and has more than 30 years of experience. After a long stint at NIIT as President, he has founded and led several edtech startups. 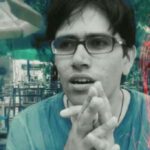 Avesh Chauhan is the Safetipin Technology Head responsible for guiding product strategy and launching initial prototype build-outs in Safetipin. Additionally, he manages operations and marketing activities. He specialises in product development of Location Based services and mobile apps and is passionate about delightful user experiences with massive impact on business metrics. He has skills in mobile app development, LBS solutions,  analytics, GIS/MAP based solutions, App Store Optimization and data analytics. He has previously worked for Imate (Mobile firm) and MapmyIndia and has been part of team in introducing and launching Navigation,M2M and Telematic solutions in India. 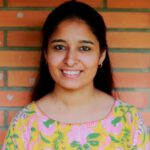 Sonali is Program Head at Safetipin. She oversees all the projects and strategy development at Safetipin. She has multi-disciplinary responsibilities including program design and management, data analysis and documentation, developing collaborations, operations and monitoring. She also works with various partners and the government to use big data for creating safe city initiatives. An Architect and Urban Planner, she is an alumna of CEPT University, Ahmedabad and Aayojan School of Architecture, Jaipur. Prior to Safetipin, she has worked on climate-resilient strategies for smart cities with IRADe (Integrated Research and Action for Development) in Delhi. 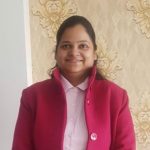 Pragati is a qualified Chartered Accountant, working as Finance Manager at Safetipin where she leads the Finance vertical for all the Safety projects and the company as a whole on building safer cities. She also manages the statutory compliances for Safetipin. She comes with extensive experience in accounting, auditing, project creation and evaluation, budgeting, forecasting and other accountancy skills. She has over 12 years of post-qualification experience and has worked with companies including tech-giant like Computer Science Corporation (CSC) and Big-4 PricewaterhouseCoopers (PWC). 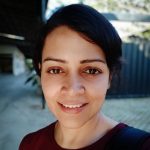 Rwitee works as a data analyst to look at how gender and the built environment intersect in creating inequalities in public spaces. She guides the team at Safetipin with content development, data representation and intervention recommendations. Being an Architect and Urban Designer from the School of Planning and Architecture, New Delhi, her primary expertise lies on the subject of ‘gender and space’ and she has worked in varied capacities with women centric organisations and urban design practices in India. Currently, she is also a visiting faculty at her alma mater at the Post Graduate Urban Design Programme. 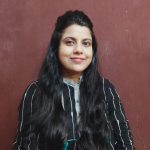 Priyanka works as the HR & Admin Manager at Safetipin. She manages the routine functions of the Human Resources Department which includes talent acquisition, enforcing company policies and procedures as well as team management. She is also responsible for managing and overseeing the company’s day-to-day administrative processes. She completed her graduation and post-Graduation (MBA) from Institute of Management Studies, Kurukshetra University. Before joining Safetipin, she worked with Craft Traditions for 3.5 years. 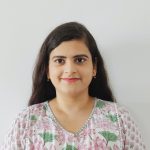 Ankita is an Assistant Program Manager at Safetipin. She has a background in architecture and urban planning and works on data analysis, representation and formulation of recommendations for creating safe public spaces. Ankita also manages projects and partner relationships. With a keen interest in research on urban mobility, her work focuses on issues of gender and urban mobility. She is an alumna of CEPT University, Ahmedabad and has worked with L&T Constructions for over 3 years before joining Safetipin. 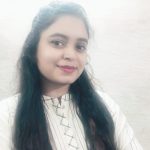 Toshi is a part of the Process Team at Safetipin and works on data collection, visual analysis and quality assessment. She is a team co-ordinator and conducts training sessions for new joinees and interns. She also assists the Process Team Manager in handling all aspects of data management. She holds a Bachelor in Science degree from Chhatrapati Shahu Ji Maharaj University, Kanpur. Sanni is the Sr. Software and Web developer in Safetipin. He has 8 years experience in the IT industry. He completed his Graduation in Computer Science and Engineering from G.B.T.U. Uttar Pradesh. He specialises in eCommerce development, website development, software development and web portal development areas. He strives to build impressive and beautiful web applications through carefully crafted code and user-centric design. 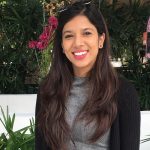 Shreya is a Senior Program Associate at Safetipin. She manages all the social media accounts and communications for the organisation and works on collaborations and online campaigns. She also works on projects to create safe and inclusive cities for women, with a keen interest in quantitative data analysis. With a background in engineering, she assists the technical team with product specific development and app releases. 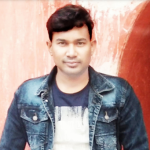 Abhinandan is a Senior Process Associate at Safetipin. He manages and verifies the data layers provided by governments and other stakeholders. He also generates maps for all projects using GIS and uses Photoshop for any additional requirements. He works on resolving issues related to the data and frequently runs SQL commands for troubleshooting. He completed his graduation in Computer Science and Engineering from G.U. Greater Noida, Uttar Pradesh. 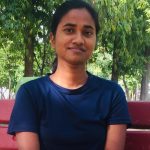 Pinky is a Process Associate at Safetipin. She works on data coding and assists her team in maintaining a database of images for each project which is then used by the program team for generating reports and presentations. She has earned her Bachelor’s degree from Guru Nanak Dev Engineering College, Punjab.