What makes a street safe for women at night? 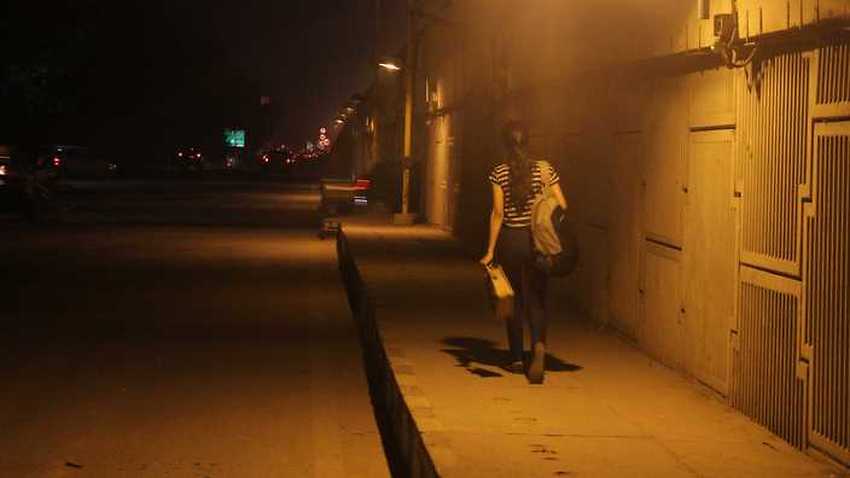 26 Jun What makes a street safe for women at night?

I can’t remember the first time I went out alone late at night on my own, for a gig in Delhi. I had been out before, but always with a male friend, or other female companions. The reason I don’t remember it is because at least a hundred times afterwards, I have vivid memories of driving around after midnight from place to place. It was expressly fortunate for me to have been given a car, which made me feel a thousand times safer, but I couldn’t imagine the fear other women faced if they were to have been gallivanting around on a scooter, or taking public transport.

I was oblivious. 19 years old, and just about to begin my undergraduate degree, I was walking back to my apartment on the North campus after a wedding cocktail. The walk was less than a two-minute walk, the lanes were empty, well-lit, but narrow, and almost deserted. There was no one in sight. As I walked in this eerie silence, I noticed that a car with its headlights on high beam was coming towards me. I turned around and began walking in the opposite direction. Shortly after, I realised it was following me. I was terrified, wearing six-inch heels I could barely walk in, let alone run.

My apartment was on the ground floor and the door had a single bolt lock which could easily be broken down. My only tactic was to continue walking calmly in the opposite direction until I could hide in the shadows behind some corner and allow this car to pass. I could hear the car approaching, and the slow swivel of the tyres against the gravel as the car turned towards where I was hiding. I was far from my apartment, and wouldn’t have reached there without passing the car, so I kept walking further away. At some point, the car went back to the same spot where I’d initially encountered it, and stood there, with its headlights off. I knew that whoever was in it was waiting for me. For fifteen minutes the car stood there, until, I’m assuming, the individuals inside got tired, and drove off.

I knew in my heart if I’d have written the license plate number down that night and reported it to the cops the next morning, I would have been berated for wearing a short dress, heels I couldn’t run in, and most importantly, being outside my house late at night, as a woman, when “you know it’s unsafe”. I also remember telling my male companions about it, who told me the exact same thing, and mentioned that the two individuals in the car might have thought I was a sex-worker.

Looking back, I wonder what might have made me feel safer. Lighting alone, although helpful, didn’t instil a sense of security in me. Kamla Nagar and Malka Ganj in North Campus, are densely populated areas, with buildings on either side of the narrow lanes. During the day, these areas come alive with the presence of street vendors selling clothes and little trinkets, as well as restaurants, and so many electric rickshaws hog the lanes. The presence of so many people makes the area more vibrant and instils a sense of safety. However, the same locality in late evening and night hours is in stark contrast to what it looks during the day. Most of the shops close, street vendors pack up for the evening, and residents retire to their homes. The vibrant area turns into a deserted place. This makes a woman feel unsafe even though she may be living in that area for quite some time. For an individual who doesn’t reside in the area, the area would be perceived as more unsafe.

Most of the locality has narrow lanes, so there are just two directions in which anyone can escape in case they feel unsafe. The nearby areas have PG accommodations some of which are guarded by private security personnel. However, in my situation, it was almost impossible for the guards to see me from their location. I could not expect them to come to my rescue and protect me from the individuals inside the car. There were no CCTV camera’s around, although even if there had been, I doubt that it would have been preventative, rather solely lending itself to evidentiary support of the aftermath of what might have happened. Of course, I knew at the heart of the problem lay a lack of sex education in school, and norms of women’s subordination and subjugation which were instilled in little boys and young men within the private sphere. However, personally, I felt that having a police car on patrol would’ve made me feel much safer.

Although I’ve had run-ins with the cops in the middle of the night, and they are always men, usually checking to see if I’ve been drinking or if I was drunk while driving. The common notion being “Why are you, a woman, outside going for a walk or a drive, that too alone at night? Don’t you know it’s unsafe?” Almost 8 months later, a similar incident took place in the same locality with another man who followed me whilst touching himself along the way. I was fortunate that a PG had opened up closer to my apartment where there was a security guard present, however, as I ran to him, the predatory man had disappeared altogether.

The more I contemplated these incidents, the more I realised and understood that the manner in which our city functions, from its infrastructure to its public services, everything is mostly designed by and for men. Whilst women find it difficult to loiter in public spaces the way men do, because of the lack of public bathrooms for women for example, I couldn’t help but think about individuals with disabilities, both physical as well as learning disabilities who equally deserve to safely enjoy public spaces during the day as well as at night. The lack of well-designed pavements in numerous parts of our cities is a true testament to the priorities that city planners and policy makers keep in mind while designing the streets. Clearly, there is an unequal distribution of space, where space for vehicles is often prioritised over space for pedestrians and cyclists. In some cities, bus lanes, which could sharply cut traffic snarls, are either non-existent or not used as planned.

The Covid pandemic has made us recognize the importance of recreating and re-assessing our public spaces, from streets to public parks to public transport. Cities around the globe have been taking initiatives to envision their streets for the post pandemic world. Prioritising pedestrians and non-motorized modes like cycling is the new normal that we need. Cities like New York, Berlin, Milan, and London have attempted to make these infrastructural changes. Authorities in New York, for example, have added 64 km of new non-motorized transport (NMT) lanes. In Auckland (New Zealand) on-street car parking was removed to build 17 km of temporary bike lanes. Milan converted 35 kilometres of street space into bicycle lanes. We need more of such proactive solutions in other cities as well. Such initiatives shall be helpful in creating urban spaces that are more gender-friendly, safe and inclusive.