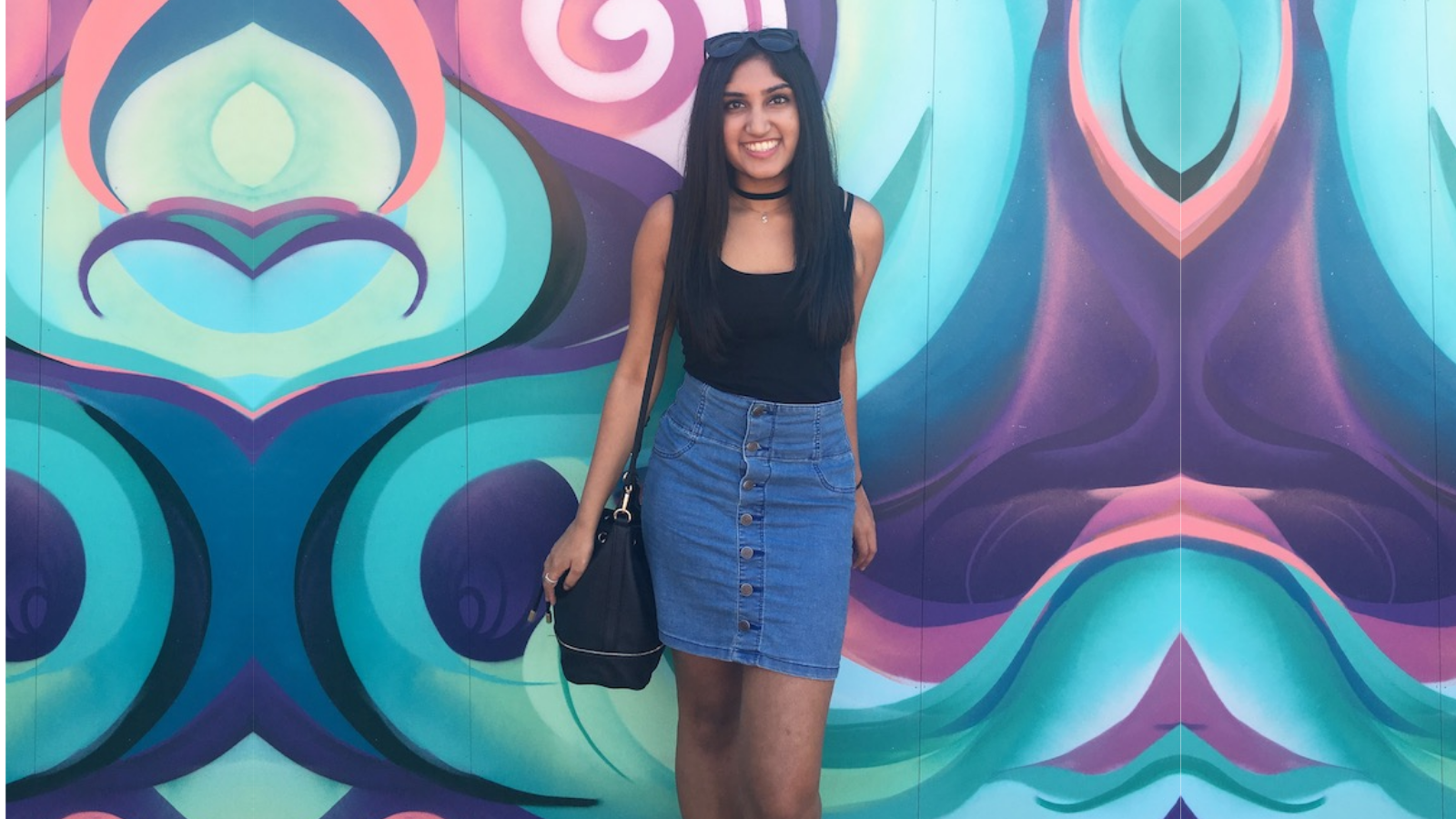 Posted at 06:13h in Uncategorized by admin 0 Comments
0 Likes

This time I spoke to Sanjana Nagesh, a 22 year, college student in Australia studying marketing and she has truly cracked her course. If you don’t believe me, just check out BrownGirlGang (BGG). It’s a space that features inspiring and badass South Asian women around the world. The mission of this page is to inspire people and blur cultural boundaries.

Keep reading to know more about Sanjana, her views and what motivates her to keep BGG going.

Q. What is your perception of women’s safety in today’s day and age?

I think that it’s alright but there’s definitely still a long way to go. It’s all comparative and also depends on which part of the world you’re in; for example, in terms of independence, we can do a lot more than previous generations could. In my ajji’s (grandmother’s) time, basic things like education were tough but I’ve been lucky enough to attend my university and feel safe in that environment. There is also so much work to be done to achieve universal safety for women and Safetipin is an amazing initiative to make women’s safety more accessible and safer, in a scalable way.

Q. Do you use public transport? What is your view about it?

I use public transport a lot and it’s helpful and safe to an extent, as it depends on the time and location of your travels. If people are going to work or university during peak hours of the day, then it’s very different from travelling out to events in the evening or at night. I also see a huge difference between the way my male friends approach public transport in general. I think as girls we tend to take more precautions, especially in terms of public transport at night. For me personally, after 9 pm I would feel safer taking an Uber or a cab.

Q. What according to you is a safe space?

A safe space is a place in the public domain where you can go from point A to point B without feeling threatened in any way. For me, a safe space would have a lot of people and in an orderly fashion. I would also relate a safe space with being a place that is well lit. For example, if there are shops on a street then they provide lighting and a sense of safety, as well as the presence of cars on the road. Basically, anything to keep the area busy. An example of a safe space that comes to mind is the beach. There are always lots of people, shops and there are tourists too which adds to its safety.

Q. What differences do you see as a woman in Bangalore and Australia?

Both these places have very different environments. It’s hard to say as I have lived in Sydney my whole life and only travel to Bangalore once a year for a couple of weeks, so my knowledge of Bangalore’s public space is much more limited in comparison. As a result, when I’m in Bangalore I’m much less independent and I can’t go anywhere I want like I do back home in Australia. In Australia, I know the road rules, train schedule, etc. I understand Sydney since it’s where I’ve spent my whole life. When I go to Bangalore, my dad will tell me if a place is safe or not – I don’t know about the specific areas on my own. Things like how to cross the road can’t be learned online, it just comes from living there.

One of the biggest differences between Bangalore and Australia that I feel exists is the population and that ends up playing a huge role in the kind of public spaces that exist. Australia has a tiny population in comparison, so there are less people walking near you in public spaces. In contrast, when I’m in Bangalore I can’t be sure of the intent when someone brushes against me or stands next to me without reason. I’m unsure of whether it’s malicious or a mistake. That being said, I definitely don’t think any place is perfect. In the past I, have definitely called a friend or family member if I am walking alone at night, or I just walk into a shop to make sure no one is following me. The saddest part is that every girl has a story like this to share, regardless of which part of the world she is in.

Q. What according to you are the biggest stereotypes that brown women face?

One of the biggest stereotypes brown women face (especially overseas) is that they are seen as one-dimensional personalities. Many people don’t understand that we can be a combination of cultures, experiences and opinions. I have desi friends who exclusively watch Bollywood movies and only listen to Hindi songs and I also have desi friends who never do. Whether someone goes to the temple every weekend or hasn’t been in a while, it’s completely up to them and shouldn’t make anyone more or less ‘brown’. It doesn’t matter where you fall on the cultural spectrum, you can be whoever you want. I’ve received both types of feedback on my Instagram account, that it’s not showcasing enough contemporary brown culture as well as it’s not showcasing enough traditional brown culture. That makes no sense to me! I think everyone should have the freedom to be completely themselves.

Q. Tell us a bit about your experience with BrownGirlGang.

BGG has taught me so much. Discovering so many awesome and fierce South Asian women on a daily basis is so amazing. This is something I know I’m passionate about. Even if I’m tired on the train back from university, I take out time to post and engage. I think the reason why BGG has got the traction that it has is because of the lack of representation that existed prior. It was something I started, with no expectation of it reaching so many people, but I’m happy that it did. We’re an accidental sisterhood that got created, and we’re only going to get bigger!

Q. Do you have any advice you’d want to give young women?

It’s important to remember that each of us have our own stories, and that we should share it with one another. We should openly talk about our fears and have conversations that help better the environment we live in. It’s scary to be alone sometimes and so we should be there for each other. I think whilst women’s safety is better than it was 50 years ago, it still isn’t enough in terms of us as human beings. When we’re overwhelmed or just going through a lot, it’s nice to be able to turn to other women going through the same thing. That’s one of the reasons why I love BGG – it’s a group of women supporting women and is full of good vibes only!