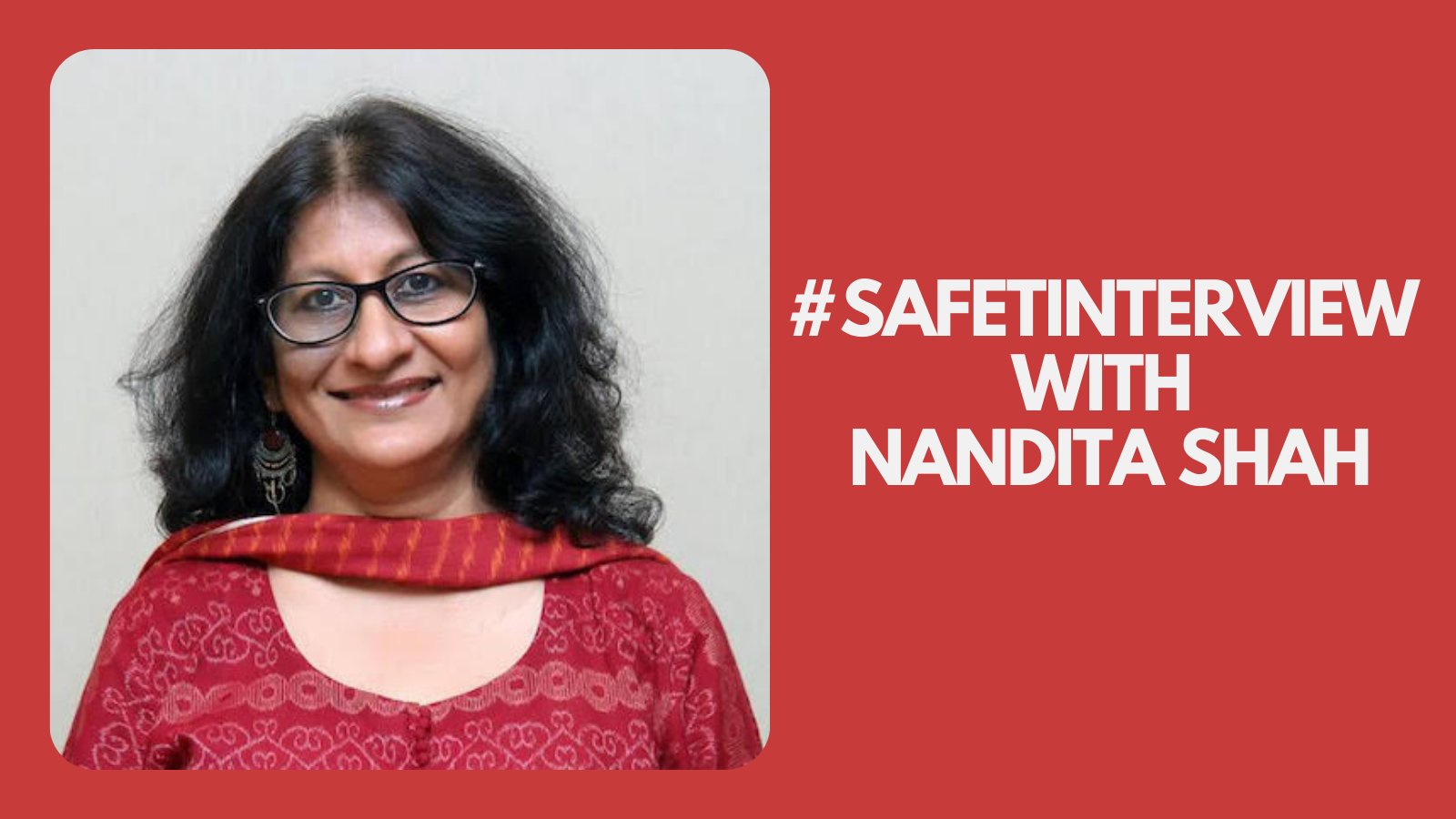 Posted at 06:08h in Uncategorized by admin 0 Comments
1 Like

I got the amazing opportunity to speak with Dr. Nandita Shah, Co-Director of Akshara Centre which is a not-for-profit women’s organisation based in Mumbai, working for the empowerment of women and girls. Nandita is an activist, academic and researcher who has been part of the women’s rights movement for the last 30 years. She has completed both her Bachelors and Masters in Social Work. To understand more about women, their work and neo liberalisation, she obtained her PhD thesis from the University of Amsterdam.

She has always been interested in this field and has done some incredible work in it. Keep scrolling to see all that she has achieved and the experiences she has had over the last 3 decades!

Q. How did Akshara start out? Can you tell me about the work you do?

Akshara emerged from the contemporary women’s movement and the women’s studies movement of the 1980s. Our participation politicised us in gender theory and the struggle for gender equality. We realised that young people, especially in colleges needed to be gender sensitised and involved in social actions which led to establishing Akshara as a centre for feminist literature and studies.

Our vision is to empower young women and create a gender-just society. We would like to see all young women be conscious of gender inequality and take steps towards self-sufficiency. We would like young men to understand male privilege and support women’s struggles. We would also like our state authorities to bring in laws and policies which will favour equality.

The Safe City Movement helped push our advocacy agenda for prevention of violence on public buses and railway systems as well as with the municipality. We have also played a key role in establishing the ‘Gender Resource Centre with the Municipal Corporation of Greater Mumbai (MCGM)’. Akshara has supported the Police Department in setting up a GPRS based emergency helpline for women (103) in Mumbai and its suburb, Thane. Akshara has been able to institute a long-term partnership of safer travel for women commuters in public buses and the railways.

Young people are always in a learning mode and are full of enthusiasm to take action, so, it’s always fun engaging with them.

Akshara’s aim is to support the youth to maximize their leadership potential. We believe that the youth are a formidable force that can contribute to bringing about a social change. Young women’s leadership has to be built and young men have to be engaged in this process of building a gender-just world. We have two programs which engage 500 young people every year who in turn reach out to more than 8000 people in the city.

I feel that low family incomes, lack of access to education and a good job and the nature of the social structures and stigma lead to the lack of a platform for several young individuals, who may otherwise be open to new and unorthodox views. Young women have to further endure additional layers of exclusion and exploitation on account of gender bias. In an attempt to bridge one type of gap – between access to information and gender awareness – Akshara has been striving to provide the youth with a platform for greater civil society participation, engagement at a policy-level and improvement in their quality of life.

Based in low-income pockets and colleges of Mumbai, the ‘Youth for Change’ and ‘Empowering Dreams’ programs work with the marginalised youth in order to enable them to reflect on their own lives, views and prejudices on gender equality and violence against women. In doing so, they question the existing notions of patriarchy, masculinity and power in society. The programs help these young men and women to channelize their agency to become ‘Gender Champions’, as they take up the challenge of working with other students, and involving themselves in socially-relevant tasks and advocacy to build a gender-just society.

Q. How was your experience of adding a Gender chapter in the Mumbai Development Plan?

Gender was one thing that was always missing in the Development Plans (DP) in India. So, when the Mumbai Development Plan was to be renewed, we joined the citizens network called “Hamara Shehar Vikas Abhiyan” to engage with the planning process. The Gender and DP Group was formed to push the women’s agenda within the plan as gender intersects with all issues including housing, transport, education, work, safety and social justice. Our task was to ensure that there was recognition for the fact that women experience cities differently and the new plan should be formulated with the intention of bridging that gap. Our focus was to include spaces for women which would encourage employment and provide support to working women.

The entire process took around 50 months. Eventually, when the revised draft of DP 2034 was released in 2018, it became the first urban plan in India to have an entire chapter devoted to gender and planning. Chapter 22 titled “Gender, Special Groups and Social Equity can be called a landmark. It helped us articulate various services like multipurpose housing for women which includes emergency shelter, care centres for children and senior citizens, centres for skill building and marketing etc. To institutionalize it, we asked for an advisory board of 8 people from different backgrounds, which was approved recently and will oversee the allocation of land and implementation of the plan.

This is a fine example of gender mainstreaming. The gender inclusion in DP became a reality due to two factors. The first was that the Gender and DP Group was able to clearly enunciate what it wanted in the plan and how to make gender possible within the framework of the existing plan. The second was the willingness of the Chairperson of the Revision Committee and his team to engage with the issue and understand the viewpoint of the Gender and DP Group. One without the other would have not yielded the same results.

Q. What are the challenges you feel that women face in terms of their safety? And what do you think would make women feel safer?

Mumbai is considered a safe city compared to others in the country. However, women in the city find sexual harassment in public spaces as one of the biggest problems. We conducted a survey of over 5000 women and found that, in the day time, all crowded places were a problem and after dark all uncrowded spaces were. Women felt safe in busy spaces with pedestrians and hawkers. The authorities responded to the results of our survey by promising to increase policing, install CCTV cameras on the roads and increase surveillance. We find this protectionist notion of safety a challenge to deal with.

The other challenge is an internal one for women. Women should be able to exercise their right to take risks, to go out, to travel and to claim their city spaces. Women should not have to stay at home. They should be able to assess their own sense of safety and be mobile. Women need to actively be a part of conversations- be it with their families, at work or with themselves. Safety is only a starting point for the change we need as women and it is not up for negotiation.

For women, the night is another big challenge. They will do anything to avoid going out in the night by themselves. Working women tend to avoid the night shift. So, reclaiming the night for themselves and moving around freely in public spaces is always difficult. This conversation needs to be built with girls so that they are also aware of what they can and cannot do. It’s also very important to have these conversations at the city level.